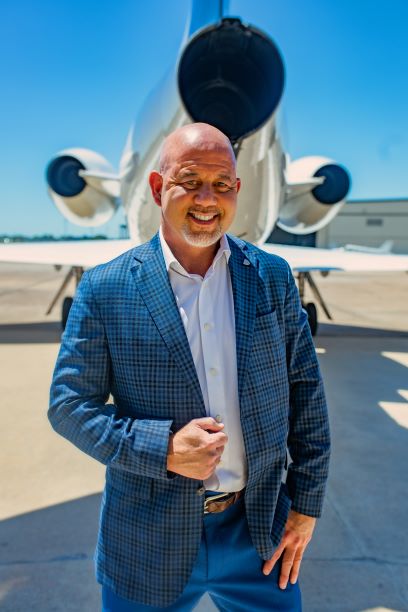 Dr. Fukuda was born in Ottawa, Canada and raised in Bridge City, Texas. Born to Dr. Mamoru Fukuda and Maureen Fukuda, he is one of 4 sons of immigrant parents. They immigrated to this country from Japan and Scotland. Dr. Fukuda has been married to his wife, Sandy, for 32 years. They have 2 grown and married children, Aharon and Samantha, son-in-law Brodie, daughter-in-law Debbie and granddaughter Norah.

After graduating from Bridge City High School he went on to do his undergraduate work at Lamar University. From there, he went to The University of Texas Dental School in Houston where he graduated in 1990. Dr. Fukuda then went on to spend 3 years with Dental America in Lubbock and Abilene, though “home” kept calling. After returning to this area in 1992, he worked for Dr. Chuck Majors in Bridge City. Dr. Majors taught him how to focus more on high quality, cutting-edge dentistry, which lead Dr. Fukuda to open his first practice in August of 1994 on 16th Street in Orange. This practice grew to the point where a new facility had to be built in 2002 on Highway 62.

Although Dr. Fukuda had an extremely rewarding career in General Dentistry, the desire to focus his talents on his favorite aspect in that field led him to the sale of his general practice in May 2010. In November of that same year, Dr. Fukuda created a dental care facility with it’s primary focus to be dentures. The office grew out of the concept Dr. Fukuda developed for fine denture fabrication and care. Thus he created his dream practice to provide an all-inclusive home for clients wanting the best in denture fabrication along with the most compassionate care.

When not working, Dr. Fukuda enjoys the sport of competitive Powerlifting. Dr. Fukuda is a former World and National Champion, having competed all across the country. He is now a Certified APF referee judging both APF and local high school meets. Dr. Fukuda also loves to play golf whenever he gets the opportunity. The beach occupies a big part of his summertime activities- he is happily drawn to the ocean for fishing and hunting shark teeth.

Trust your smile to our experience. Schedule an appointment now for a consultation.